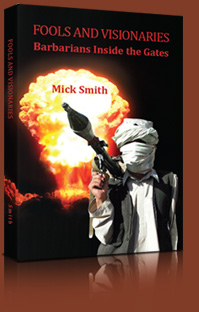 When William Henry O’Donner, democratic governor from Pennsylvania, wins the democrat party nomination for president of the United States in the summer of 2008, and then the presidency in that fall’s general elections, he became the first from his party to wrest control of the White House from the republicans since the end of the last century. Given the bitterness of losing the elections in 2000 to the republican candidate, Benjamin Croft, the left wing of the democrat party was ecstatic over the win and saw it as their opportunity to fundamentally change the direction the country had taken after September 11, 2001, when – in their minds – the republican presidency of Benjamin Croft had instituted repressive measures in an attempt to protect the country from another attack by elements of radical Islam. At long last, they were in a position to remove all American combat forces from the Middle East (who they viewed as occupation troops in an illegal war), remove all barriers to immigration, and to institute political measures to ensure the predominance of the left-leaning democrat party for generations to come. As the political drama unfolds after the inauguration of President William Henry O’Donner on January 20, 2009, Dr. Ross Shepard – former Navy SEAL team leader and current professor of political science at Clemson University in Clemson, South Carolina – is preparing his students for final spring exams when he receives a call from an old friend in his military past. Still at the Pentagon and part of Homeland Security, Commander Frank Reddings alerts Dr. Ross Shepard of Internet chatter the National Security Administration has been picking up for the last few months which leads it to believe involves a divergence of strategy by Al Qaeda. It appears Al Qaeda is attempting to move away from “hard targets” like New York and Washington, D.C., toward softer targets in the Southeast. CDR Reddings wants Dr. Ross Shepard to organize and maintain a Southeastern Threat Assessment Group (STAG) to prepare to fend off any attempts by Al Qaeda to attack the southeastern section of the country. . With some misgivings, Dr. Ross Shepard agrees to do so and is quickly swept up in a web of intrigue involving shaheed (suicide) bombers, nuclear politics, and love.

Posted by Shiela Stewart at 11:28 AM No comments: