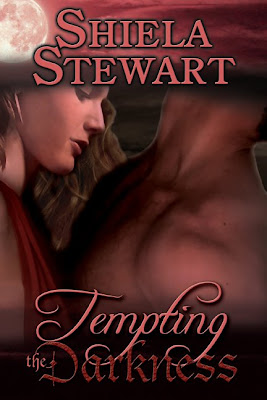 Blurb:
If you’re afraid of the dark…you’re screwed.

For twenty long years, Cooper Hawthorne has kept the brightest light in his bleak existence a deeply hidden secret. All this time, his beloved Gabriella has slept safely in cryogenic stasis, awaiting the day he finds a cure for her terminal cancer.

As love blooms amidst the Darkness, and still no cure in sight, loneliness drives Cooper to drastic measures. He awakens Gabriella and breaks his last promise to her—by turning her into a vampire.
Gabriella’s sense of betrayal weighs heavily on her attempts to deal with what Cooper has done to her. Pushing him away, she turns to his friends for support—and finds she isn’t the only one hurt by his actions.Cooper fights the temptation to use his powers to wipe her mind of the damning memories. But, when he comes face to face with the monster that created him, he knows what he must do.Will Gabriella be able to save him before it’s too late?
Or will the Darkness swallow him whole?
Product Warnings
This book could induce intensely heated flesh, rapid pulse, and panting. Should be read in the company of a man who can turn your temptations to delights.
Posted by Shiela Stewart at 3:23 PM No comments: 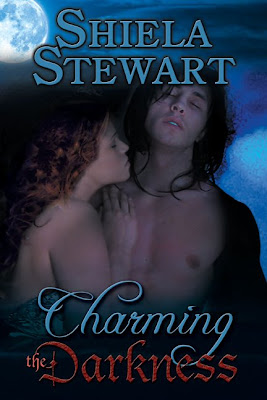 Unlike his twin brother Dante, Daniel Vega had never been comfortable as a human. When he was offered eternal life as a vampire, he turned his back on his family and welcomed the darkness. All was well until Chaos, the one man Danny thought he could always count on, goes missing. Now, shunned by his own kind, it seems that leaving Jacob’s Cove is his only option. Until he crashes into a high-spirited redhead…

Born from witches, Starla Raine has spent her entire life learning to control and manage her powers. Then she discovers and is drawn to Jacob’s Cove, a city magically cloaked in darkness. When Starla runs into Daniel Vega, a man connected to the infamous spell, she knows just what to do. Hold him hostage and, using any means possible, convince him to give her what she wants.
Soon, the two forge an unlikely partnership and a bargain is struck. Danny agrees to help Starla find the ritual, but only if she’ll work with him to locate Chaos. At first he doesn’t mind using her magical abilities, or her body, for his own gain. Sex is just sex, after all… until someone’s heart gets in the way.
Posted by Shiela Stewart at 2:58 PM No comments: 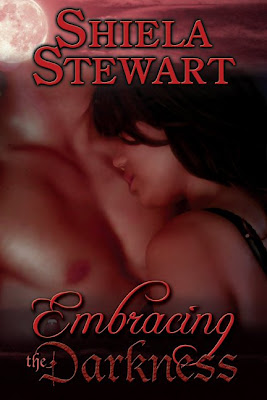 One upon a time Jonah Moore had it all. Then his wife and unborn child were taken from him, leaving his life darker than when Chaos and his evil vamps stole the sun. Now, Jonah's lost the will to face another day, which could be a problem, considering he’s just been turned into a vampire and is now destined to live for eternity.

As a nurse, Raven Moony was used to tending to the needs of others. Until an accident changes everything… When she is abducted and forced to tend to Chaos’ needs, she is more than ready to give in and willingly accepts her role as his slave.Then Jonah enters the picture and she finds herself fighting for his safety and freedom as well as her own. Can she convince Jonah he should go on despite her own doubts?
Can they open their hearts to love and learn that there is indeed life after death?
Shiela Stewart’s third novel in The Darkness series continues the heart stopping, action packed battle of light against dark. Enter a world where light shines from within and love always triumphs…even in the face of pure evil.
Posted by Shiela Stewart at 2:40 PM No comments: